If you have a fever or cough or have been in contact with a person or location known or suspected to have been exposed to the Coronavirus (COVID-19), please call the clinic or your medical doctor before coming to your appointment.

We have put extra measures in place to make sure patients and providers are safe at our clinic:

If you have a cough or shortness of breath, fever, chills, muscle pain, headache, sore throat, or new loss of taste or smell, please call the office before coming to your appointment. All patients must wear a mask—please bring one with you to your visits or one will be provided to you.

Suffering From Sciatica in Portland?

Emergency room doctors say that sciatica is one of the most common things they encounter each year in Portland. While there are large numbers of people that have this issue, many never achieve a long-term solution. Their sciatic pain continues to worsen because they have not received the correct treatment. This article from West Portland Chiropractic will help you to understand the ins and outs of this condition and how chiropractic care can help you overcome it.

Most people with Sciatica experience a mild ache to a severe sharp, burning pain that radiates from your lower back or buttock and down the back of your thigh. When you experience pain from Sciatica it is our bodies’ way of alerting you that you may have a serious spinal or muscular problem. In addition to pain, which is sometimes severe, there may be numbness, muscular weakness, pins and needles or tingling, and difficulty in moving or controlling the leg. Typically, the symptoms are only felt on one side of the body.

The most common causes of Sciatica are herniated lumbar discs and Piriformis Syndrome which is a condition involving the piriformis muscle to spasm causing irritation and/or compression of the sciatic nerve. This is a very important point to make because the treatment for Piriformis Syndrome is significantly different when compared to that of a herniated disc.

Some patients say that all they did was bend over to pick up a piece of paper and they were hit with extreme pain. They don't understand how an easy task caused them so much pain. The reality is that their condition was probably developing over years of time, that piece of paper just happened to be the last straw. Most spinal problems don't happen overnight, they build up over years of time.

How Long Does it Take to Correct Sciatica?

Treatment length for sciatic pain can vary significantly from patient to patient. Some people respond very quickly while others take more time to recover. It really depends on the condition of the disc or the joints that the chiropractor has to correct. In most cases, the longer the issue persists, the longer it will take to achieve correction. The great news is that it typically takes less time to fix an issue like this than it took to create it.

In the US the amount of people that end up with back surgery is staggering, and the low success rate is disappointing. It's estimated that back surgery is only about 15% effective within a five year period of time. That's simply not good enough for you.

If you are serious about turning this problem around, and avoiding surgery, call our team at West Portland Chiropractic in Portland today. We are here to answer any questions you have and we look forward to meeting you soon. 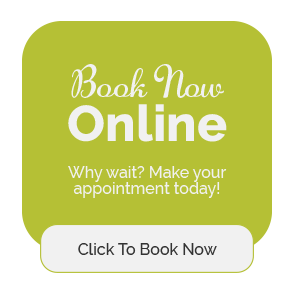